Why Prices Are Rising On Metal Roofing Products

In June 2015, several steel producers in the United States filed anti-dumping (AD) and countervailing duty (CVD) petitions with the International Trade Commission, against several foreign manufacturers of corrosion-resistant steel products including galvanized, galvalume, and painted steel coils. This is the steel from which metal roofing panels, roof vents, and trims and flashings are produced.

As a result, anti-dumping and countervailing duties have been imposed on the foreign steel producers, as high as 451% for China. These actions caused rapid price increases of corrosion-resistant steel products in the United States, as well as shortages and extended lead times.

The bottom line for our industry is a significant increase in the cost of all metal products used in roofing, including metal roofing panels, ventilation products, and steel trims and flashings. At this time additional increases on all metal roofing products are expected in the 3rd quarter as the imposed AD/CVD duties take effect and steel shortages continue. 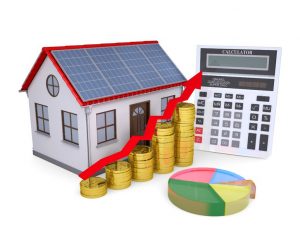 View FAQs Contact Us
We use cookies to ensure that we give you the best experience on our website. If you continue to use this site we will assume that you are happy with it.Ok