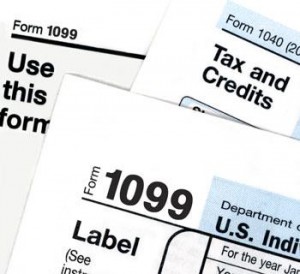 Changes may be in the offing for businesses that hire temporary workers after a recent legal ruling by the National Labor Relations Board (NLRB). In mid-September, the NLRB continued its push to expand worker rights and unionization efforts with a decision that demonstrated a dramatic shift in position for the federal agency which oversees the effort of private-sector employees to bring unions into their workplace.

The recent case involved Browning-Ferris Industries, a Texas waste management company that hired a subcontractor, Arizona-based Leadpoint Business Services, to staff the company’s recycling center in Milpitas, California. Teamsters Local 350 tried to organize Leadpoint workers but demanded that Browning-Ferris be involved in collective bargaining negotiations too. The case was appealed to the NLRB, which held that even though the third-party employees are leased, Browning-Ferris should be considered a “joint employer” along with Leadpoint Business Services.

The decision means that Browning-Ferris can be held liable for labor violations brought against Leadpoint, even though it did not hire and does not have control over individuals hired by Leadpoint. Previously, the position held that an employer was only liable for employees that were under its direct control.

A Pivotal Decision for Business

Labor experts say this decision could have far-reaching effects on the relationship between employers and employees, particularly those who use 1099-based subcontractors. By holding a contractor liable for worker’s rights even when the contractor does not determine job responsibilities, hours or wages for that worker – such as a leased employee or a subcontractor – the NRLB could make companies think twice about being responsible for another company’s employees. Opponents of the action warn the ruling could hurt businesses ranging from restaurants to construction firms to hotels and staffing agencies.

However, this decision would likely be overturned if Republicans regain the White House in 2016. Stay tuned for more updates from Southeastern Metals™.